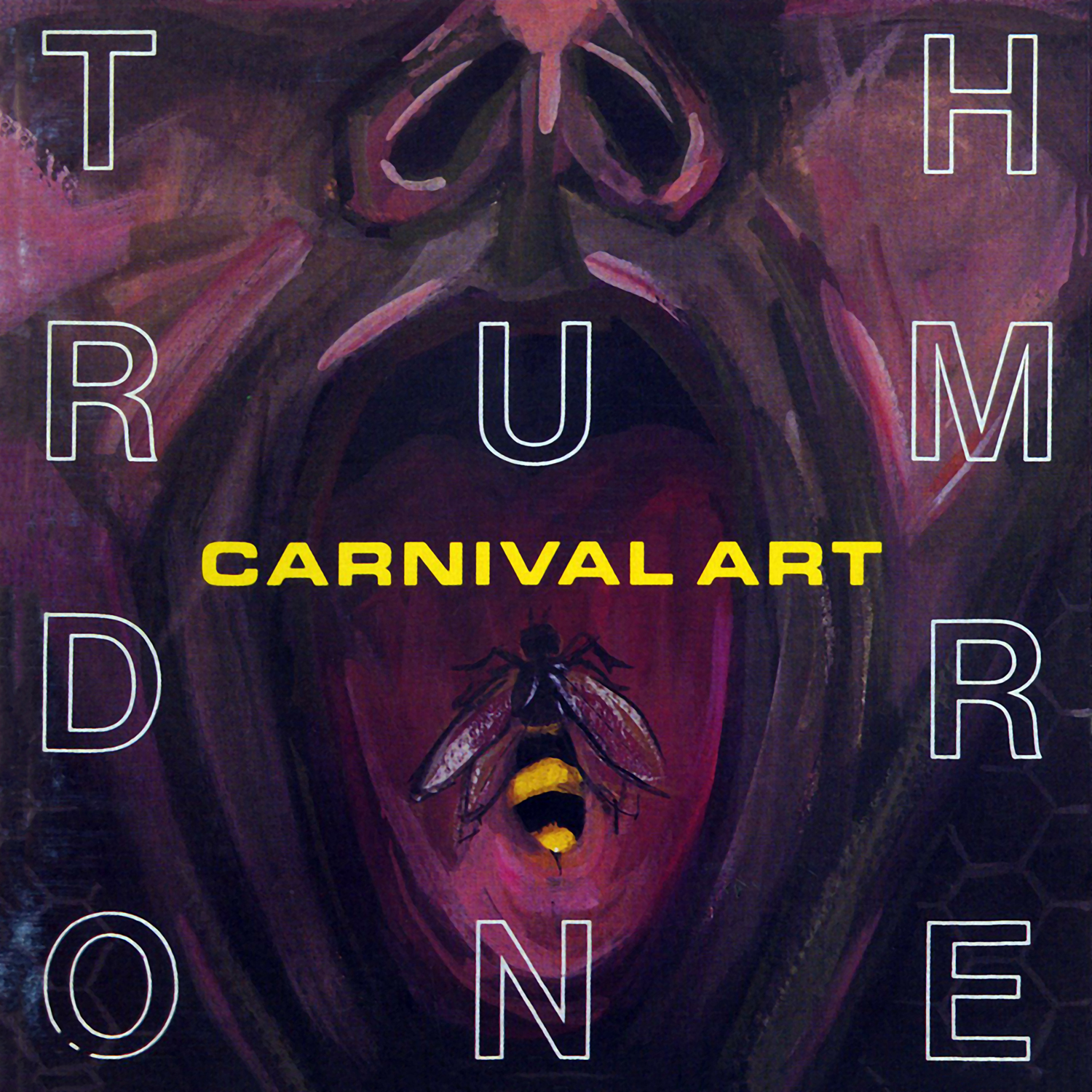 Carnival Art was a Los Angeles-based alternative rock band that existed for a few years in the early heyday of the genre. It was the first professional band of Weezer's longtime guitarist, Brian Bell.

Carnival Art's lineup included frontman Michael P. Tak, bassist-turned-guitarist Ed (previously of Jane's Addiction), drummer Keith Fallis, guitarist Shane Paul Rhody (who was out of the band after the first album), and (beginning with 1990's Dig EP) future Weezer member Bell on bass. In its short existence, the unit managed to release three full-length albums, two EPs, and a smattering of b-sides and compilation appearances, both exclusive and previously released.

From Wikipedia: Thrumdrone was the first Carnival Art album to be released on noted alternative rock haven Beggars Banquet Records. It is also the full-length debut of Brian Bell, who assumed bass duties after Ed filled the void left by former guitarist Shane Paul Rhody (Bell made his overall debut on the Dig EP). This disc is often referred to as the band's debut, due to little exposure of the 1989 long player Like Nobody's Business.